Mark Anthony
An industry-first solution to an age old problem

Bringing direct to consumer commerce to the US alcohol market.

White Claw is the defining beverage of the millennial generation. Invented by Mark Anthony group in 2016, it birthed the Hard Seltzer category that has grown to over $4billion in annual sales - of which White Claw makes up 75%.

White Claw's consumer base is skewed to a digitally native generation. These consumers expect the brands they interact with to have slick digital commerce experiences, much like those delivered by DTC natives such as Warby Parker, Casper and Glossier.

Due to legislation left over from the prohibition era, though, alcohol brands in the USA are blocked from transacting directly with customers. This meant a new game-changing solution had to be invented, which leveraged DTC benefits while staying legally compliant.

Working with a passionate and curious team at Mark Anthony, we developed a platform solution that could be used across the Mark Anthony portfolio of brands.

We knew that DTC was changing the face of commerce but we needed to know why. What was it that was so compelling for the consumer type we were looking at?

Initial research taught us that one of the strongest consumer benefits of the DTC model was the simplified flow from a brand touchpoint the delivery of the product to your door. For example, in many instances, it would take two taps to go from a brands Instagram post to delivery confirmation.

But as we knew, White Claw wasn't able to fulfil the product. We needed to find an alternative.

Alongside the rise of DTC was another trend in the commerce space - on-demand delivery. Companies like Postmates and DoorDash were providing a service whereby virtually anything, could be delivered virtually anywhere. Deeper in the space were companies like Drizly and Saucey who specialised in the delivery of alcohol to customers door within 30 minutes.

As modern tech-enabled companies, Drizly, Saucey and others all had APIs, which meant we could look up product availability at specific addresses and populate ready-to-checkout carts.

These APIs formed the bedrock of our invention. Consumers would tell us where they were - we would search availability and direct them to checkout.

White Claw now had the power to have a consumer convert from an Instagram post to a 3rd party checkout in a couple of taps.

One of the side effects of the traditional alcohol distribution model is that the manufacturer never gets detailed customer data. The end retailer owns that data and rarely shares it back up the chain. With the new model, White Claw now have access to direct consumer data such as flavour popularity, favoured retailers and first-party contact data. 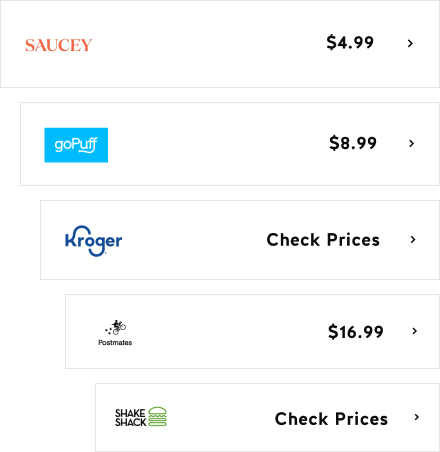 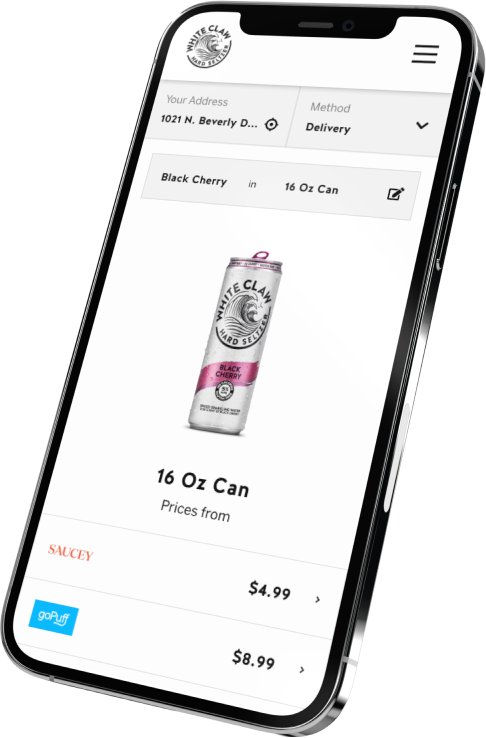 From evergreen strategy to pragmatic innovation, Neu has been an integral part in developing a first-to-market commerce solution for our business. The team’s agility and well-rounded expertise has allowed us to understand a completely new user behavior within a highly regulated industry. Post launch, Neu continues to provide solutions, guidance and best-in-class consultancy.

During the Covid pandemic, it was reported that U.S alcohol e-commerce rose from $3bil to $5.6bil. That's almost ten years worth of anticipated growth happening within three months. Luckily, our solution was in market and ready to capitalise on the accelerated change in consumer behaviour.